I am Todd Snively, and I will turn sixty years old in five days as I write this. I have been an entrepreneur for most of my life, starting my first business in 1983.

Before my first business, I had received an appointment at the USAF Academy while in high school. However, I wasn’t ready for a ten-year career commitment, so rather than accepting the congressional appointment, I graduated high school a semester early and entered the USAF as an enlisted man.

After a couple of years in the “real” Air Force, I went through the rigorous process of applying to the USAF Academy again and was accepted. The Academy is located in Colorado Springs, Colorado, and I fell in love with the area.

After being at the Academy for two years, a routine eye exam determined that I would not be able to fly for the Air Force, and since my original commitment had been met, I left the service. I returned to Michigan to figure out my next steps.

I was already a pilot. I had my pilot certificate before having a driver’s license. My older sister had to drive me to the airport for my lessons. After I soloed on my 16th birthday, I took the time to go and get my driver’s license. Now I could drive myself to the airport, where I was working pumping gas, washing airplanes, and doing other miscellaneous duties to pay for my flight training.

By the time I had left the Air Force, I had over 200 hours of flight time and loved flying. Still, my desire to not have to work for anyone, not to have a “boss,” led me to eventually start my own legal services company, serving legal documents for attorneys and eventually collecting money owed on legal judgments.

I built that business up and eventually sold it because I had decided that I did want to try flying for a living. I spent most of what I had made from selling my business on professional aviation certifications. I obtained my Commercial Pilot certificate, multi-engine rating, instrument rating, and Certified Flight Instructor ratings (single-engine, multi-engine, and instrument).

I built up my hours as a flight instructor, charter, and freight pilot. Eventually, I flew under contract for the post office, UPS, and FedEx. It was all single pilot, at night, all-weather type of flying where I was gone every other day and weekend from home. My love for aviation was being tested, and I liked flying for a living less and less.

After the third engine failure and the fact that I never made more than $28,000/year flying professionally, I started to think about my future. Then, after waking up from an overnight flight in the tiny town of Alliance, Nebraska, I retrieved a voice message from my Mom telling me that my younger brother had died. That was the turning point for me. I decided to go full steam into earning money with my own business. That was 1988.

I had huge successes from 1988 through 2021. Made over $50 million, had my seven-seat twin-engine turboprop (which got me from Michigan to Nassau in the Bahamas in four hours, non-stop), beautiful homes, money in the bank, sports cars, and the finest of everything.

Then, I made a mistake. I thought it was a wrong business decision, but it was much more than that. Irrational thinking caused me to think illogically and make bad decisions. Now, that was 2001, so I now have the benefit of 21 years of hindsight, hundreds of hours of professional counseling, and numerous other personal epiphanies so that I am now able to understand the whys and wherefores of this self-destructive, irrational decision-making that cost me, well, everything.

In February 2002, a team of government auditors entered the offices of my commodity brokerage firm. During the day working with them, they told me that they felt I had violated some of the rules concerning clearing trades. Long story short, I immediately shut down operations, turned all the client funds over to the government, and was trying to determine if it would be possible to resume operations. I quickly learned that it was probably not possible, so I needed to find a new way to generate an income.

In March 2002, I began selling customer returned goods on eBay. $1.1 million in revenue in the first year. I continued to grow that business and sold it in 2004 as I was building up an Adsense business that began providing a six-figure income once I had figured out how to quickly create and get indexed more than two and a half million pages in Google.

The US Government decided to make an example out of me and started a criminal prosecution that led to me pleading guilty to one count of mail fraud in January 2005. In August 2005, I arrived at the court for sentencing and was shocked to hear that my punishment was 60 months of incarceration. In October of 2005, I took myself to prison to begin serving my sentence.

I developed a good routine while inside, and the days, weeks, months, and years went by as fast as they could, but in late 2006 I got the bad news that our Adsense business was dying. I was receiving one of the very first Google “slaps,” and there was nothing I could do about it.

I was released in October 2008 after serving three years and two days inside. I had no income, no businesses, and significantly, very, very little cash on hand. I decided to start over the same way I had started in March of 2002 and began buying customer-returned goods and selling them on eBay.

I sold over $3 million on eBay in 2009, my first full year after getting home.

In late 2009 I discovered I could sell my used products on Amazon, which changed my life forever.

The stories are long and many, but I was quickly approaching the $50 million mark again, but this time, it was all done online.

All the while, I was diversifying my profit centers so that neither eBay nor Amazon would be my sole income. I created a bit of an online dynasty generating monies in many different ways.

In 2022, approaching sixty years old, I still sell physical products on the most significant marketplaces and make a lot of money doing it. I am a best-selling author of The Amazon Code, and I’ve written over fifty different online training programs. I’ve written hundreds of articles, created hundreds of videos, and operated three different podcasts.

However, my real passion has been the digital properties and products I’ve been creating since 2014. Affiliate marketing has proven to be a legitimate, long-term income-producing activity. I spend most of my time generating revenue by introducing others to products that are not my own in exchange for commissions.

You can join me in an exceptional Mastermind group that I am building at https://CreateProfits.online, and I’ll show you everything I know and even give you a leg up with some done-for-you projects.

Manage Cookie Consent
To provide the best experiences, we use technologies like cookies to store and/or access device information. Consenting to these technologies will allow us to process data such as browsing behavior or unique IDs on this site. Not consenting or withdrawing consent, may adversely affect certain features and functions.
Manage options Manage services Manage vendors Read more about these purposes
View preferences
{title} {title} {title} 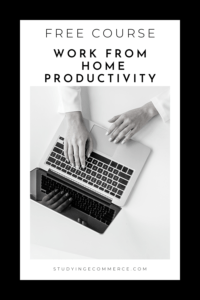